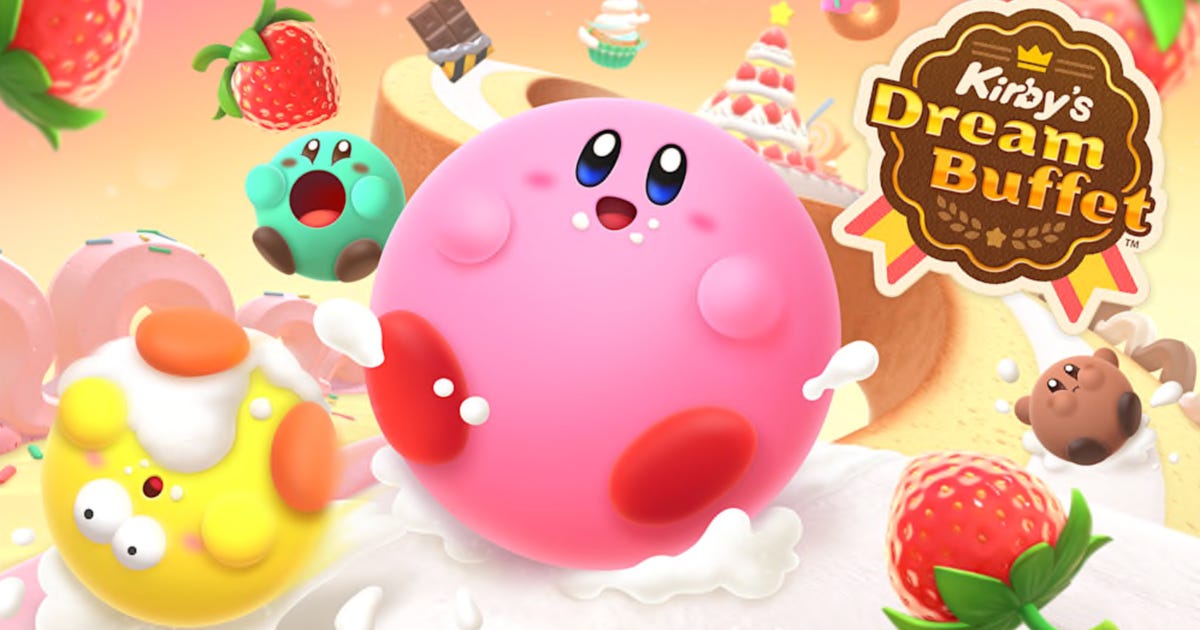 Nintendo has unveiled a new Kirby game for the Nintendo Switch. Kirby’s Dream Buffet, a four-player party game featuring an array of characters and powers from the Kirby series, is coming to Nintendo eShop this summer.

In Dream Buffet, players will roll Kirby through dessert-themed courses, picking up strawberries along the way to increase the size of the puffball. The bigger your Kirby grows, the more advantage you will have before the final round, as all four players are pitted against each other in a showdown atop a floating platform. The strongest Kirby at the end of the competition will be the winner.

Kirby’s Dream Buffet is set to launch this summer. The game will be available exclusively as a digital download.

Dream Buffet arrives just a few months after Kirby and the Forgotten Land, the last main game in the series. Forgotten Land sees the pink puffball venture into a post-apocalyptic world on a quest to rescue the kidnapped Waddle Dees. Players can claim a variety of free in-game items using Codes present.