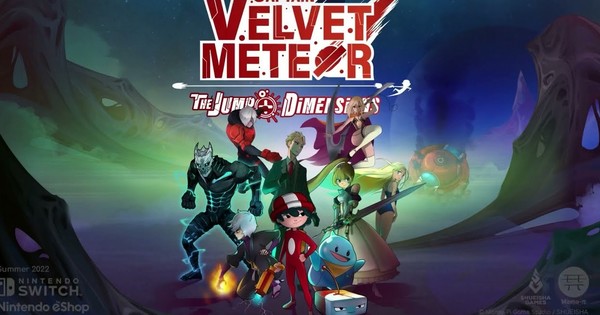 The nintendo Direct Mini featured a brief preview video (begins below at 9:32 p.m.):

The game will support Japanese, English and French.

Damien is an extremely creative and imaginative teenager born into a Franco-Japanese binational family. Damien’s personal world is shattered when his parents tell him that they have decided to leave France to go and live in Japan, a country he knows above all from all the manga he reads. Damien will have to call on his superhero persona, Captain Velvet Meteor, to deal with the anxiety of being in a completely new place. He’ll face his fears and grow through the power of his imagination as he calls on his favorite Jump+ characters to help him on his quest to escape a mysterious planet and an unknown army of monsters.