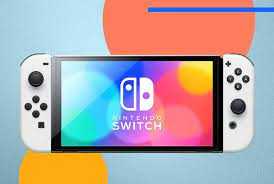 Lonesome Village, an upcoming indie game inspired by Stardew Valley and The Legend of Zelda, is coming soon to Nintendo Switch, Xbox One, and PC. As a cute coyote named Wes, players solve puzzles, tend gardens, and explore dungeons in Lonesome Village. The game’s cozy aspects are reminiscent of Stardew Valley and Animal Crossing: New Horizons, while the fantasy and puzzle elements are reminiscent of Moonlighter or a Legend of Zelda game.

If you’re already excited about Lonesome Village, the game has a playable demo via Steam, where you can also show your interest by adding it to your wishlist. You can also keep up to date with all the latest game news via the developer’s official Twitter account. Curious to know what other hidden gems await you? Take a look at our new list of indie games.

According to the game’s Steam page, there will be tons of things for players to discover in Lonesome Village, including fishing, spending time with adorable animal friends, fighting their way through a mysterious dungeon, discovering the origins of the city, and much more. If that wasn’t enough to convince you, take a look at the game’s charming visuals in the trailer below. If you feel like you’ve heard of Lonesome Village before, chances are you’ve seen its Kickstarter campaign where it hit 100% of its goal in just 24 hours. We don’t have a release date for this game yet, we just know it’s “coming soon”.

After studying film studies and creative writing in college, I was lucky enough to land a job as an intern at Player Two PR where I helped release a number of independent titles. I then got even luckier when I became a GamesRadar intern news writer, where I can spread the word about what’s going on in the gaming world. My expertise lies in Animal Crossing related topics having spent the past 15 years immersing myself in island life. I also know a thing or two about The Last of Us, and way too much about the Kingdom Hearts series.

Nintendo eShop sale: Save money on Mario, Legend of Zelda, Skyrim and more