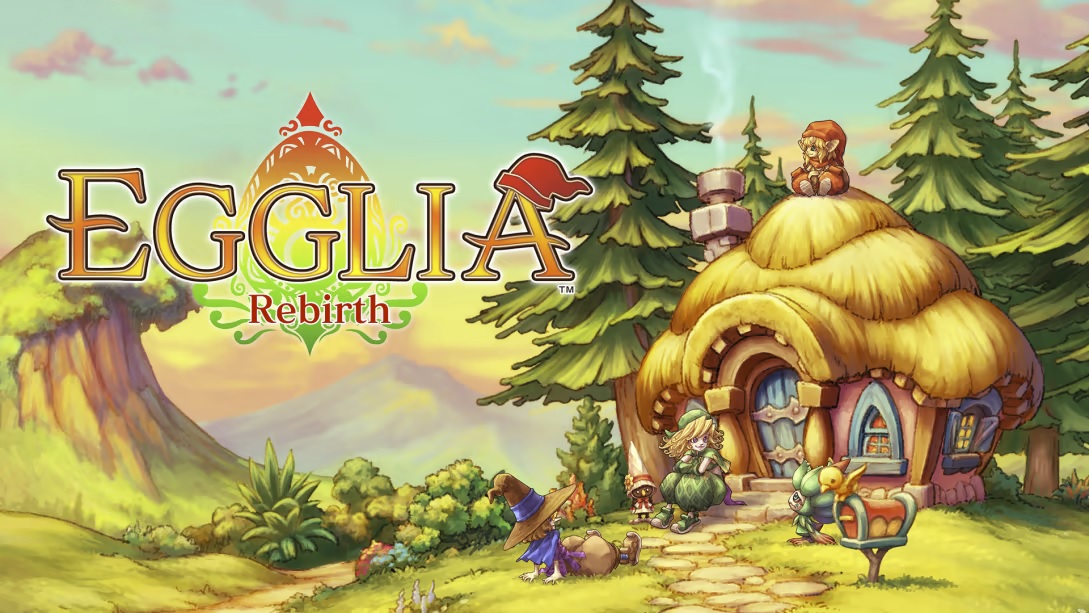 Shinichi Kameoka has had quite a distinguished career. One of his most notable achievements was Mother 3, the game of which he worked on as a producer. He also served as a system designer, character designer, and scriptwriter for the original Mana series, including Secret of Mana and SaGa Frontier.

Kameoka’s studio Brownies has just released a new title on Switch in the form of EGGLIA Renaissance. We recently had the chance to speak with him about the game’s release on Nintendo’s console as well as a few other topics.

For EGGLIA Rebirth, what was the major turning point in the decision to bring the game to Switch?

I started out as a console game developer, so I struggled to make the mobile version of Egglia while we were still in the development stage. I’ve wanted to make a Switch version since the development of the mobile version, so I’m very glad we were able to make it happen, even if it took some time. So the transition process has been a lot of fun for all of us. The main reason we wanted to release the Switch version was that we wanted to make the game more accessible to younger players.

Was there any difficulty getting the game on this console?

I wouldn’t say that was the hardest part, but the biggest change was that the mobile version had touch controls, so players didn’t have to manually control the main character in the town. The console version, however, has key controls so players can move freely around their town!

Along with major changes to the control scheme, we also overhauled the UI to make it easier to play. It also took a long time to develop and modify.

What prompted the team to include new content for the Switch version?

Unlike the mobile version, the Switch version can be played on a large TV screen, meaning animations and other details that weren’t so noticeable on the smartphone screen were now visible. We had to tweak and refine what was shown to make sure everything would look good on a bigger screen.

We also wanted to add characters and events that we couldn’t include in the mobile version due to schedule constraints, so we added them at this time for our console version.

For EGGLIA Rebirth, we can see a lot of art direction from games like the Mana and SaGa titles in-game. Where did your team draw the most inspiration from for the art assets in the game?

Egglia’s art style is due to the originality and uniqueness of our art director’s personal style, so we wanted to use that uniqueness to the fullest. We designed and crafted an art style for the characters to fit the feel and atmosphere of the world.

For a developer starting out in a small studio or indie studio, what advice would you say has helped you the most?

It’s hard for me to give advice, as I wouldn’t consider Egglia a “hit indie game”, but I think it’s great for developers to have something they want to do and work for let that happen.

I think the increase in indie games is a good thing for the future of gaming in general.

During your thirty years of involvement in the video game industry, which achievement(s) are you most proud of?

I think I’m very grateful for the opportunities that allowed me to meet such wonderful people in the industry.

A game can never be created by one person, so it’s only with the help of great people that I was able to create and present the games I participated in.

Which musical track is your favorite among the projects you have worked on?

The sound composer I’ve worked with the most is Yoko Shimomura, and I love all of her songs, so it’s really hard to choose just one. Right now I should say Egglia’s theme song.

After watching the industry grow and evolve over time, what challenges do new systems and software bring to game development?

As hardware becomes more and more sophisticated, it becomes inevitable to provide high quality data to match the hardware. This means that the cost of development also increases. I believe that we are entering a difficult era for game development unless tools that can solve these problems in terms of labor cost and speed are released in a timely manner.

If you could go back and make one change to a project you published, what project would it be? Bonus, can you tell us what you would change?

I don’t particularly want to revise the works I’ve published in the past, as they are the product of the best work I could at that time. If I were to really go back and make changes, I think I would put so much work into changing them that they would become completely different works.

Instead, I’d rather create something entirely new.

EGGLIA Rebirth is now available on the Switch eShop. You can also see what Kameoka told us regarding Mother 3 and its interest in a global release. here.