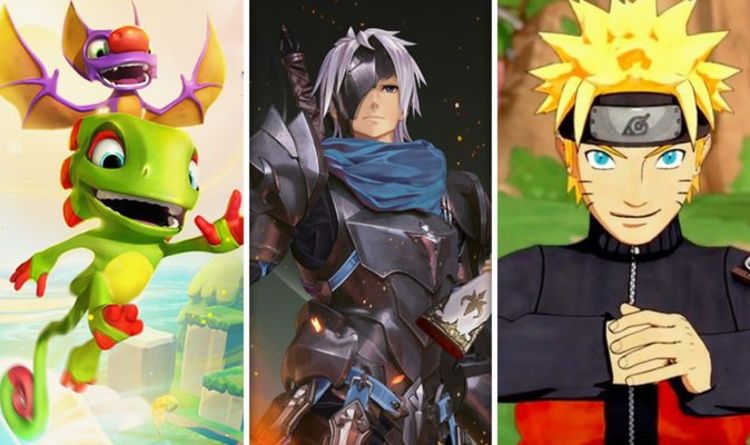 If you’re looking for something to do this weekend, you might want to check out some of these free games for Xbox, PC, Nintendo Switch, and PlayStation. The bulk of these free games are available on Xbox, where Microsoft is once again bringing back its Free Play Days promotion. Similar to video game rentals of yesteryear, Xbox Gold subscribers can play the games for free until Monday morning.

Titles can be downloaded and played for free until the morning of February 7th. If you enjoy the games during the trial period, you can purchase all three titles at a discounted price.

The pick of the bunch is arguably Bad North: Jotunn Edition, which is a real-time strategy game where you defend your island against invaders.

Greak: Memories of Azur, on the other hand, is a hand-drawn 2D side-scrolling game featuring fast-paced combat and a boatload of clever puzzles.

If you’re a PC user, you should head over to the Epic Games Store, where you can download the excellent Yooka-Laylee and the Impossible Lair.

“Yooka and Laylee are back in an all-new platforming adventure from Playtonic Games! With their nemesis Capital B up to no good, the buddy duo must spring into action once again to save the day.

“To thwart his diabolical plan to use a ‘Hivemind’ device to enslave an entire kingdom of bees, our heroes must do battle in Capital B’s ‘Impossible’ lair.

“Things look tough, but with the help of Queen Phoebee and her Royal Beettalion, Yooka and Laylee just might have a chance!”

Although there are no free games on PlayStation and Nintendo Switch as such, owners of these platforms can download a few new demos.

Chief among them is Tales of Arise on PS4 and PS5, which is a must-have role-playing game from Bandai Namco.

“Team up with a cast of charming characters and engage in battles together,” reads the official description for Tales of Arise.

“The series’ trademark action RPG combat returns as you engage a host of enemies with unique traits to discover and exploit. Combine forces with your allies using Astral Artes and other attacks to defeat even fiercest foes that roam Dahna with big, hard-hitting combos!”

On Nintendo Switch, there’s a brand new demo for a new winter sports game, which will launch just in time for the Winter Olympics.

Our winter sports contain events such as curling, snowboarding, ice skating and even snowball fights. Simply head over to Nintendo eShop to download your free demo.