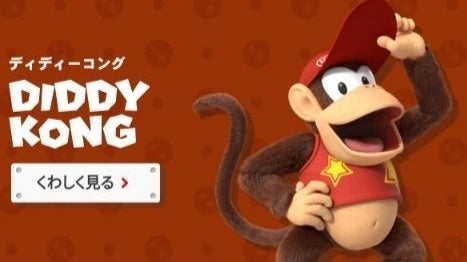 Diddy Kong’s image has been updated on Nintendo’s Japanese website, sparking rumors that the pint-sized hero could be making a comeback in the not-too-distant future.

As spotted by eagle eyes BlueCatBanjo73 and reported by our friends at Nintendo Life, Diddy has had a makeover, although all has been quiet on the Kong front since Tropical Freeze was re-released on Nintendo Switch a few years ago.

Now, however, Nintendo Japan has updated Diddy’s stock image on the official site, replacing the latest render – which was pulled from Mario Party DS – for a new one. Interestingly, Diddy wears the same pose and outfit.

Does this definitely confirm that something new is on the way? Is it like that. But there’s no denying that it’s a weird time for a random update, and indeed may be a sneaky sign that there’s something on the horizon, like a new Mario Party game. For now, however, all we can do is watch this space, I suppose.

Nintendo of America has filed a lawsuit against Bowser, a 51-year-old Canadian national, who is an alleged member of Team Xecuter, creators of Switch hacks.

As Wes pointed out yesterday, that means Nintendo of America President Doug Bowser is suing a Nintendo hacker named Gary Bowser. It’s the battle of the Bowsers – in court.