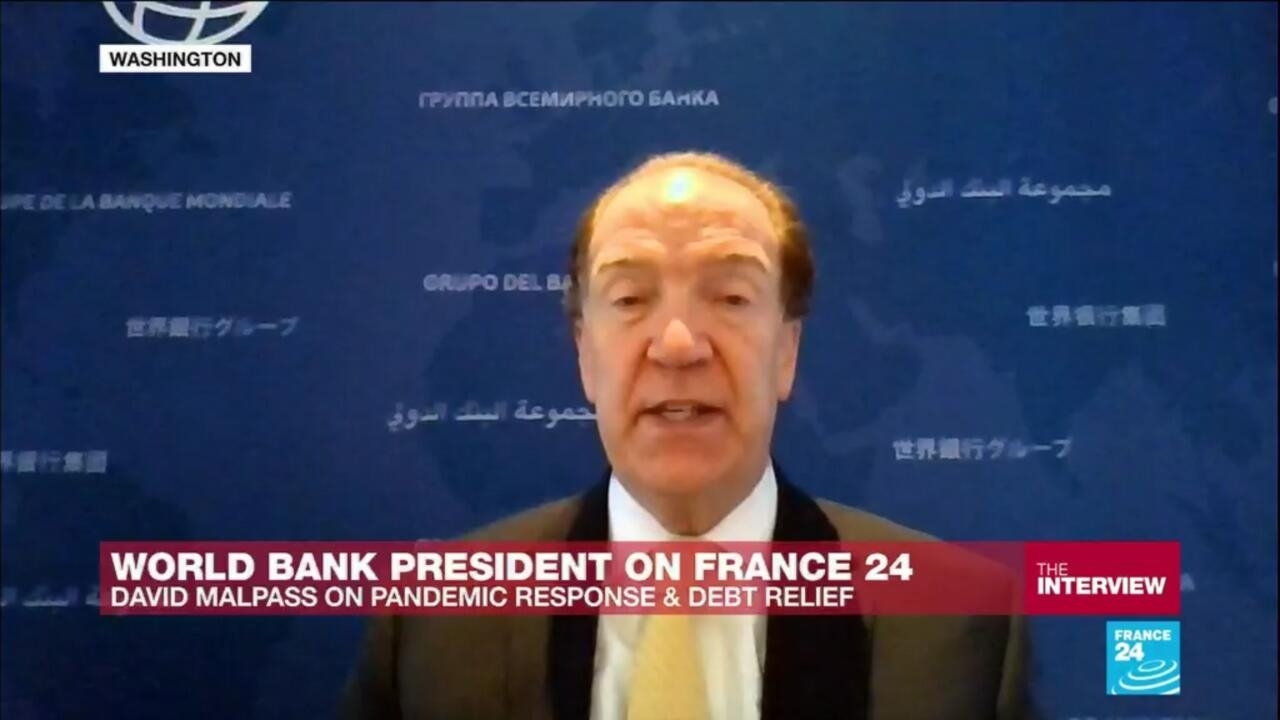 In an interview with FRANCE 24, David Malpass, President of the World Bank, discussed the global economic consequences of the Covid-19 pandemic, as well as the debt moratorium for the world’s poorest countries agreed by ministers. finance and central bankers of the G20 on April 15.

Speaking to FRANCE 24, World Bank President David Malpass welcomed the G20’s decision to provide temporary debt relief worth around $20 billion to low-income countries, but warned that “much more is needed”.

“For at least several countries, and I think it will end up being several dozen countries, the pause should continue and it becomes a form of debt cancellation. I think it will be necessary. Keep in mind that many countries simply had too much debt even before the pandemic hit which meant that this system needed to be re-thought I complained about it before the pandemic that it was a piling up of debt,” said Stephen Carroll, editor-in-chief of FRANCE 24.

On April 15, G20 finance ministers and central bankers agreed to suspend debt service payments for the world’s poorest countries for one year. The initiative will provide approximately $20 billion in immediate liquidity, which can be used by these countries – whose health systems and infrastructure are already fragile –

focus on the fight Covid-19.

The head of the World Bank also told FRANCE 24 that the deep recession triggered by the Covid-19 pandemic will create “a very difficult situation” in developing countries.

“There will be businesses that will close – to the extent that there are private sector businesses – and from the point of view of civil servants, their salaries are more difficult for governments to provide. I think one of the main difficulties – there are several: health, education and food, the basics that people and children need – all are going to come under massive pressure,” he explained.